Some Engineers normally feel that cad automation is considered, automation of 3D models only but in real sense cad automation also involves 3d model automation and 2d drafting automation (at least in India). Normally a Designer or Engineer has to invest 30% to 40% of time making 2D drafting which is a very significant time consuming process in Design Automation.


Even in 2D drawing automation Some Engineers feel once the 3D models are made the 2D drawing will automatically Generated/Updated but following Key issues are needed to be taken care of n above process : -

Once the part dimensions are changed the view Scale has to be modified or it may be required to change the sheet size also. as shown in image below 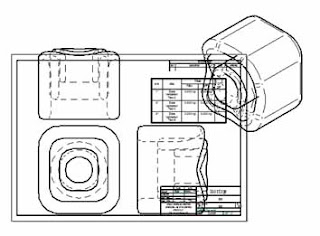 Many Times some features are suppressed or deleted, some parts from assembly get removed or due to overlapping of parts connecters of dimensions may be disconnected from 2D Elements and Move from required positions. 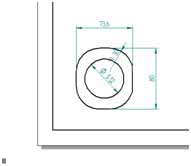 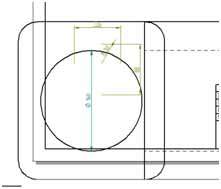 This problem somewhat can be rectified by using PMI View. So we Feel PMI view is a better way to maintain dimensions even if size changes but in case of PMI sectional view, removed part or removed feature dimension maystill loose connection with Elements.

If the part is removed from assembly the balloon may still remain in Drawing Sheet and needed to be deleted/edited  manually.

Many times the Text has to be changed or deleted in some cases. Suppose the no of holes are changed, particular view has to be deleted and other such changes has to be taken care manually.

Many Time as per design requirement the Text Notes has to be updated /modified depending on the changes in materials, Process of Manufacturing etc. such changes are again has to be made manually.

The standard bill of material provided by software may require some of the modifications or some calculations to be involved or Display format has to be changed. In such cases the designer has to manually edit the part list.

Title Block also has to be updated in Drawing Automation According to the changes like Client's Name, Drawing Number, Created by, Checked by and Revision and any other such information.

Such Changes are time consuming and has more probability of errors. The young Engineers should take care of 2D drafting Automation also because it is an integral part of Design.

The Above points may vary from software to software but this is based upon our practical experience.